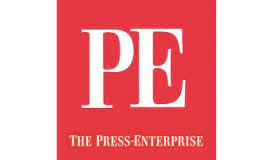 LaDon Roberson knew he’d hit rock bottom seven months ago when he moved into a homeless shelter with his two young children.

“They cried because they knew at that point we had nothing,” said Roberson, a single father to 10-year-old Emory and 8-year-old Jerrin. “That hurt me so much because they deserved more.”

What they did have — each other — they clung to with all their might.

Their devotion got them through long nights in their bunk beds at the Path of Life shelter in Riverside and comforted them as they walked the 45 minutes to school each day, rain or shine. When Roberson failed time and again to find work, the family got through that, too.

Then, their luck changed with a series of almost unbelievable breaks, one right after another, each building on the one before.

Roberson, 36, says it was God laying the steps to help him get back on his feet.

While he was in the shelter, Roberson was referred to U.S. Vets, a national nonprofit organization that helps homeless and at-risk veterans find jobs and housing, among other services.

Roberson served 3 1/2 years in the Marine Corps Reserve after high school, mixing weekend trainings with a job as a grocery store cashier.

In June, his caseworker at U.S. Vets helped Roberson find a one-bedroom apartment not far from North High School in Riverside, his alma mater. The organization paid the deposit and first month’s rent.

Then he landed a $10.75-an-hour job loading pallets of produce onto trucks at a warehouse in Colton. Though he didn’t have transportation, Roberson was so happy to have a job he planned to take the bus to work and walk or ride a bike home after his shift ended at 10:30 p.m.

But at orientation his first day he met a fellow employee who offered to drive him.

Then came the biggest surprise of all.

Each year, Ben Clymer’s The Body Shop gives away a refurbished car to a needy family at each of its locations — Riverside, Yucaipa and Moreno Valley.

The program started five years ago as a way for the company to give back to the community, and to acknowledge the struggles so many families endure, said Ben Clymer Jr., vice president of the company.

This year, the prize went to Roberson, though he didn’t know he’d been nominated.

His mom, Yvonne Choyce, got word of the contest through Community Connect, a nonprofit social services agency in Riverside. She explained in a letter why Roberson needed the car.

She told of the kids’ mom walking out five years before, her son’s devotion to them and his flagging self-esteem from being beaten down more times than a man deserves.

Choyce lamented that she can no longer care for the children after suffering a heart attack in September. Their babysitter has to drive them home at 11 p.m. after Roberson gets home from work.

Having transportation “would relieve the enormous amount of stress, frustration and depression experienced by LaDon and his children,” she wrote. “It would really be a step up in their lives and put hope in their future.”

Following a ceremony last Thursday, Nov. 21, at The Body Shop, Roberson was given the keys to a rebuilt, silver 2010 Toyota Camry.

Mayor William “Rusty” Bailey and Councilman Steve Adams were there, along with Roberson’s mom, his children and his sisters.

Wiping tears from his eyes, Roberson thanked all the people who made it possible. The Auto Club, which donated the totaled Camry; Enterprise Rent-A-Car, which paid for a year of insurance; and others — P&D Wholesale, Martin Auto Color, Precision Glass and Taps Auto.

He shook his head in disbelief when he opened the trunk to find it full of groceries.

Roberson’s daughter, Emory, was the most emotional. A question about what she thought of the prize unleashed a torrent of tears.

It was, her grandmother surmised, a release of all the stress of worrying about her dad and having to be more grown up than her years.

“It’s amazing. I’m so happy we won a car. My daddy doesn’t have much money, but now we have a car and food,” Emory said.

“He’s like my bestest friend in the world. I can talk to him about anything and he’s always there.”